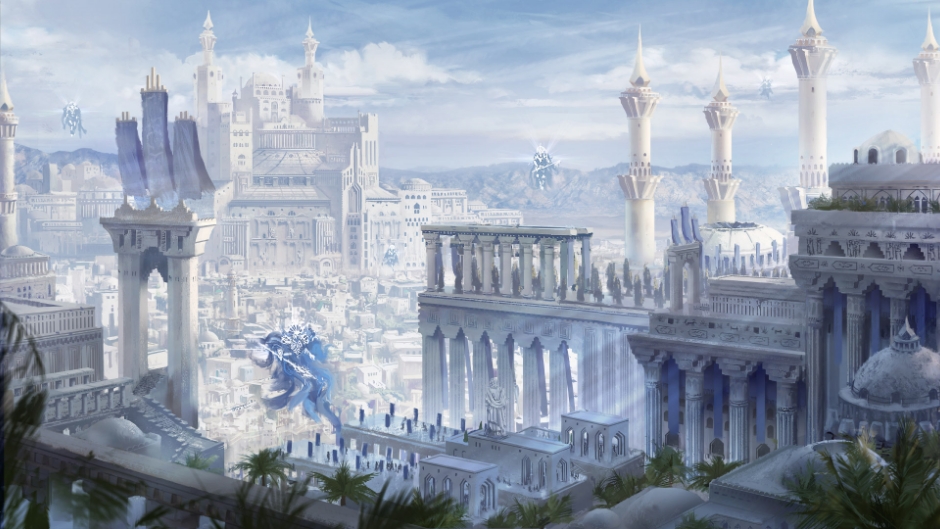 Hey everyone, and welcome back to “What’s New at SunSpear”! Last month, we looked into our rationale on the Immortal reworks we’ve implemented. It’s been a few weeks of testing now, and we’re happy with how most of the kits feel! If you’re already a playtester, you saw our patch near the end of October. If you aren’t a playtester yet, come join our Discord and learn how to join in on the fun!

While we continue to receive playtester feedback on the Immortal kits, the Design team has shifted its focus to other areas we think can be improved. Our next biggest focus is on changes to the in-game economy! If you want a refresher on how we’re aiming to increase income for all players, read through our first economy-focused patch notes here. We’ve also increased the population cap by 50% for 1v1 games. We’re hoping the combination of more resources and more units, along with the initial unit production changes we saw last month, will expand the variety of viable strategies players can use while they grow their armies on the battlefield. You’ll also find an added “toggle worker” feature – a common community-requested feature that gives you more control of your production – which is even more important now that you can build more workers!

Our teams have been working hard to implement new maps and modes! So far, we’ve added one new map, reworked an existing one, and added a new co-op scenario to the playtest servers. The new map “Canyon” is a 1v1 map featuring high-octane gameplay and a brand-new layout. We’ve also updated “Frontiers” by changing its layout to be less confusing and have pushed it to be a 1v1 map only.

Our second PvE scenario is something I’m personally quite excited for; I love a good time trial! It plays very differently from our first co-op scenario. Instead of bunkering in and simply surviving, you and your team will need to see how quickly you can traverse the map and control territory while battling against hordes of AI enemies! When we first released access to Immortal in the pre-alpha, players started recording their high scores for our very basic minigames. When we released this second co-op scenario, that same competitive rivalry was re-ignited, with some of our top players pushing to see how quickly the scenario can be beaten. I’d like to congratulate Magicall and Santa on having the fastest completion time so far, setting the unofficial “official” record at 2:55!

Across all the media and games in the world, there are a ton of different naming conventions, even more when you consider how many languages are spoken worldwide! Our Creative team has a meeting called “Name Court” where they assess upcoming game assets that need new names and look at existing assets that may need a re-evaluation. There are three major assets we’ve renamed to put them more in line with gaming standards and to minimize future confusion for our player base no matter where they may be:

We’ve got more new names that will be introduced into the game soon, so be sure to keep up to date for when those hit the live servers!

In video games, the art pipeline is a gargantuan beast! From the initial design and concepting phase through the final animations and texturing, things can take a while, and there’s always more to improve. As part of our updates to our current two factions, the Art team is hard at work providing the best possible representation for all aspects of the world, especially our iconic Immortals.

This past month, the Aru have had significant updates on all fronts! Take a look at our upcoming animation for the Ichor! From our Art Director Javier Romo, “everyone’s favorite doggo is nearly ready to jump into the battlefield!”

We’re constantly working behind the scenes to improve how our game looks, sounds, and feels. As we continue to implement updates, please continue to give us your feedback and let us know what you’d like to see more of in the future!

For those of you new to the Immortal community, we release our updates fairly frequently and measure our progress in “milestones.” Once a milestone is completed, we host awesome, exciting events where we look to engage our entire player base in whatever mode or experience they prefer! This current milestone, primarily focused on our Immortals and significantly updating our polish and UX, has been one of our toughest and longest yet. It’s likely to be completed by Q1 2023, and once it does, we’ll be hosting another milestone event a few weeks after. We’ve got a few extra-spicy programs lined up for this milestone event to encourage social play and foster some friendly rivalries. We’ll keep you updated with details to build the hype towards our most awesome milestone yet!

Our Community architect Kwame Mensah (whom some of you may know as “Temp0”) and our Marketing team work together to plan our events and other ways to engage our community and onboard new players. A part of those onboarding plans are short, sleek video tutorials that will be released soon. I can’t tell you when or how they will release, but I can inconspicuously drop this link here if you promise not to share it with others!

It’s been a whirlwind over the last few weeks, and there’s so much more to come! As many cultures and countries start entering their holiday seasons, we wish you and yours all the best and we’ll see you all for the next update! 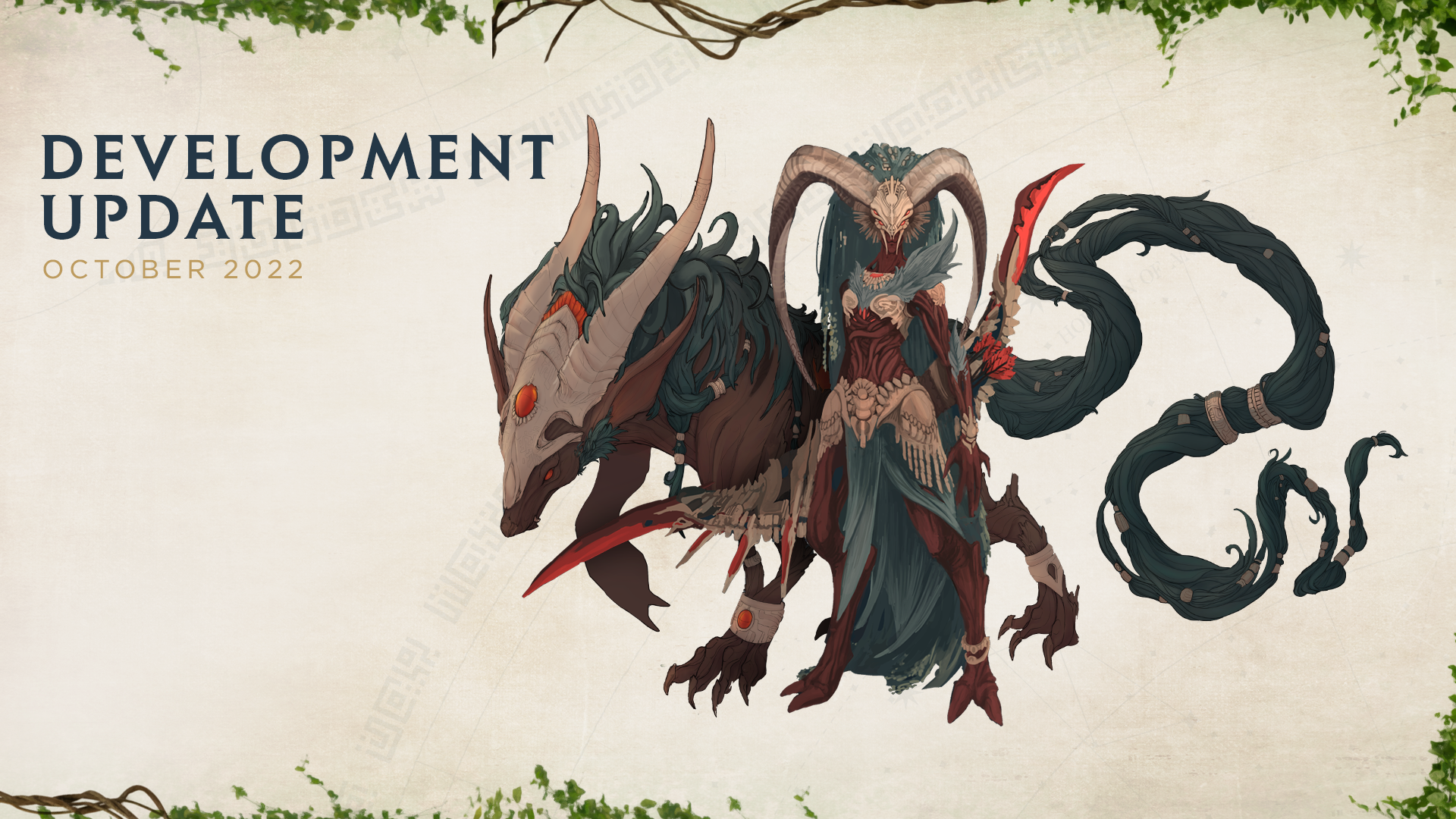 Hey everyone, and welcome to the SunSpear Games Developer Update! If you’re new to the community, we’re glad to have yo… 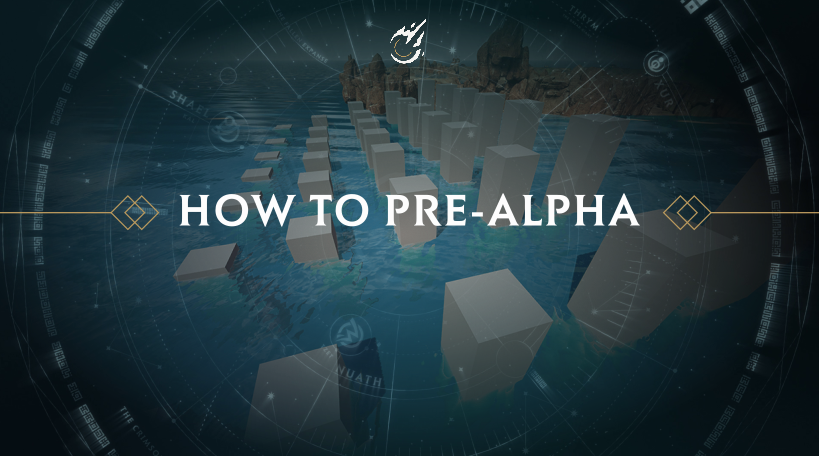